It only took one year of living in the Philippines to spark 18-year-old Mayumi Fulgencio to seek a solution to climate change. “It made me realize that people are being deprived of clean air,” she said, describing how she had to cover her nose and mouth whenever she stepped outdoors. “When I came back to Kauai and saw how lucky we are to have fresh air, it really put things into perspective.”

Inspired by Swedish teen activist Greta Thunberg, the 2019 Kauai High graduate helped to organize the island’s youth climate strike in March that drew about 30 people, including some adults. Mayumi said she expected only her friends would show up, but was pleasantly surprised to see other students, including those from Kapaa and Waimea High Schools, join the sign-waving rally at the historic county building in Lihue.

“Our message at the climate strike was that kids are worried about it,” she explained, holding the hand-painted sign she saved from the rally. “Adults are turning a blind eye.” 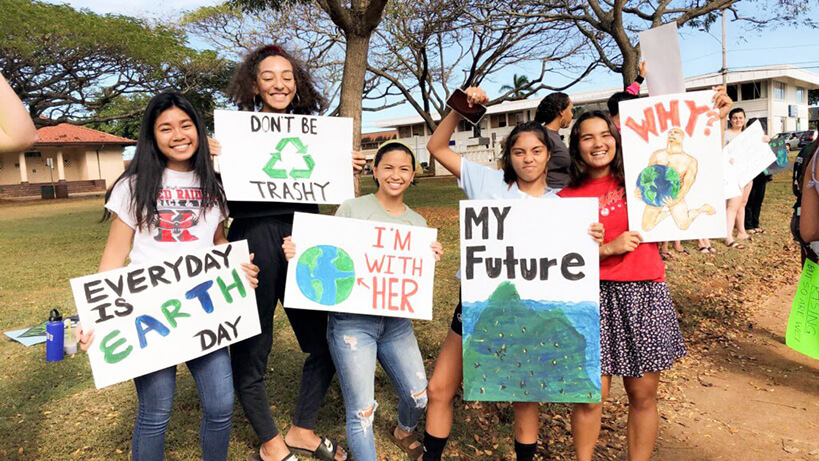 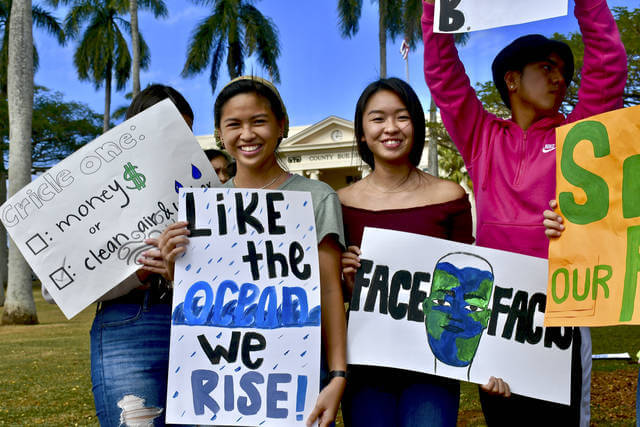 Born and raised on Kauai, Mayumi credits her family for supporting her environmental interests and passion. She said her family installed solar panels on their home, compost their trash, and use LED bulbs. She is trying to convince her parents to get an electric vehicle next.

As for what’s next for Mayumi, she’s off to Portland, Ore., to attend Lewis & Clark, where she plans to study international relations and environmental studies. She said she hopes one day to be able to return home to the islands.

“It’s easy to get down,” Mayumi said as she reflected on her climate journey. “We’re showing that people care. Having the students come out and sign wave re-energized my spirits and hope.”