Like many people who grew up in Hawaii, the dream is to buy a home of their own. For Justin Shim, it also meant he and his wife Stephanie had to move from their childhood neighborhood of Kaneohe to Ewa Beach to find an affordable home. “Ever since we bought our townhouse and now our second house out here, we love the community,” said Justin, who works as a personal trainer at First Hawaiian Bank. “There’s a lot of sun for the PV, so it helps a lot and everything we need is close by too, so it’s nice.”

The Shims took advantage of the plentiful Leeward sun to generate their own energy. “One of the first things we did was put the photovoltaic panels on the house, 24 panels, and we already had the Nissan Leaf,” he explained. “With the electricity in the house, the car, we still made an excess in electricity every month.” Their house was also one of the first ENERGY STAR-rated homes on the market. “The house itself is all LED lights and ENERGY STAR-rated, so all our appliances, air conditioning, and everything is all ENERGY STAR so that helps.” 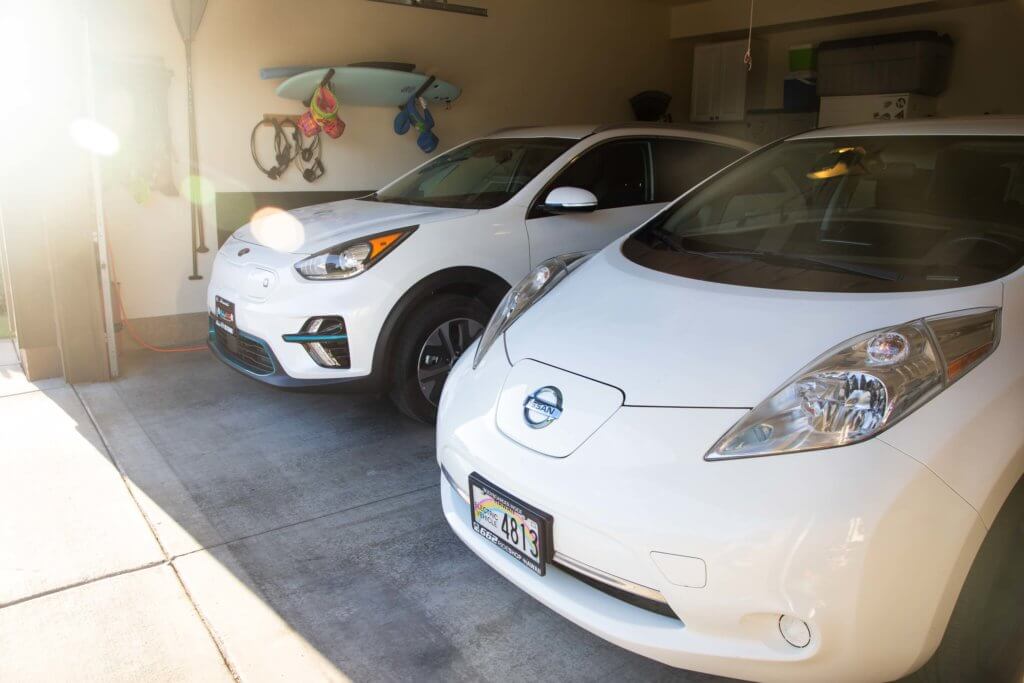 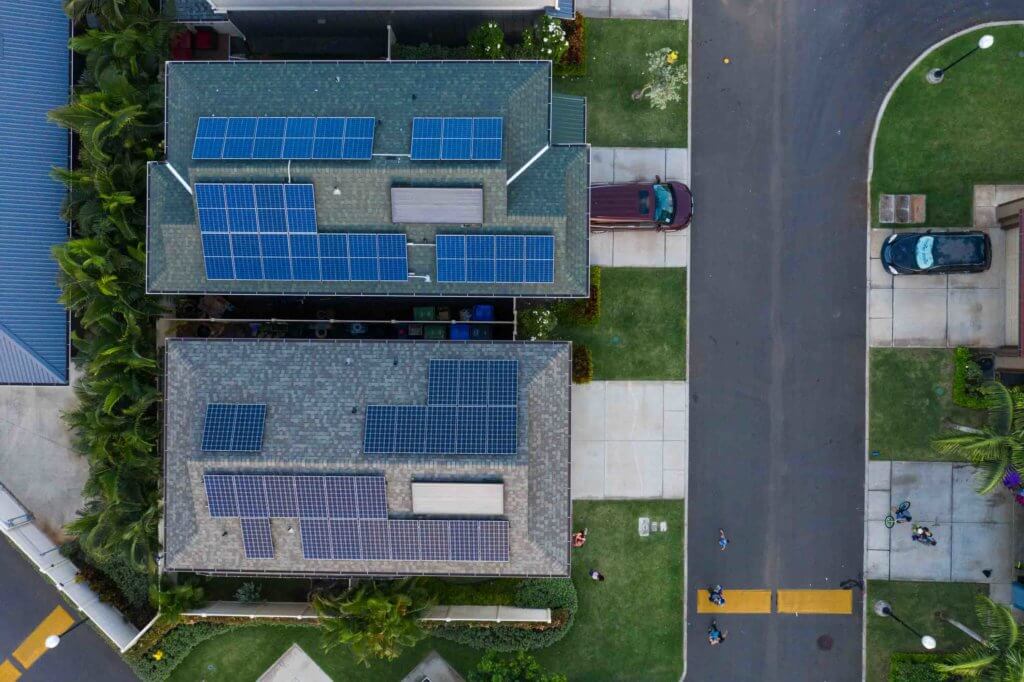 Despite both Justin and Stephanie working in Downtown Honolulu, the Shims have been driving electric since 2014. “When we went to finance the Nissan, with the tax credits and dealer incentives, we ended up in the end paying no more than we would’ve a regular gas car,” Justin said. In 2019, they decided to get a second electric vehicle, a Kia Niro EV.

In 2020, the Shims are planning to take their two children Leah and Logan to Disneyland, which they hope to do sustainably. “We’re looking into purchasing carbon offsets to offset the impact that air travel has on this planet,” said Justin.

While the motivation to invest in clean energy was financial, Justin said it’s ultimately about their kids. “Initially we installed our photovoltaic system and looked at our electric vehicle as a way to save money. But in addition to the savings, we do have two young children who are going to have to live here, live in Hawaii, live on this planet, and if there’s something we can do to leave it a better place than we found it, we’re going to do it, if we’re able to.” 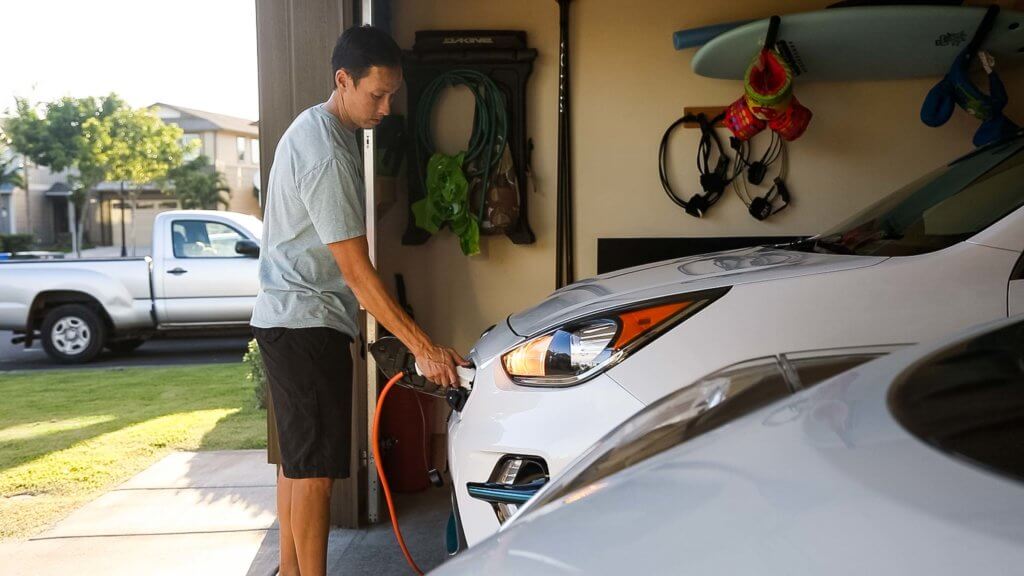