On a sunny spring day at the Hawaii State Capitol, a crowd presses up to a stage. The setting is somber: Mock gravestones surround the platform, engraved with the numbers and titles of clean energy bills that died prematurely at the legislature. A fake coffin, painted with the words, “RIP our future,” adds a macabre touch. The crowd is restless, but the teenager who steps up to the podium grabs their attention. “We’re here because we want to support the youth,” he says. “We want politicians to move faster on climate change.” The crowd cheers. The young man on stage, Kawika Pegram, looks pleased. He is the local organizer for the National Youth Climate Strike, and he is just getting warmed up. 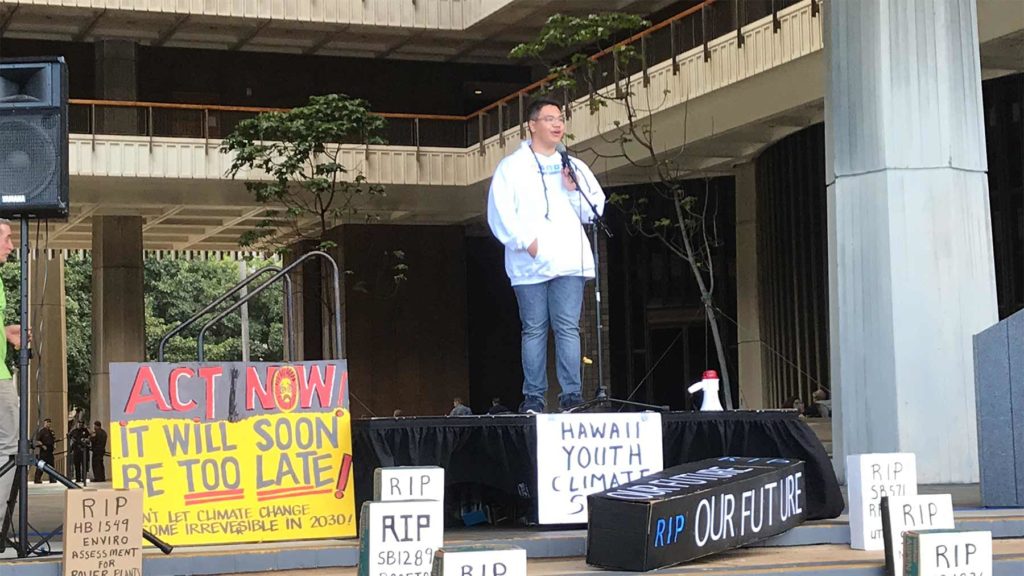 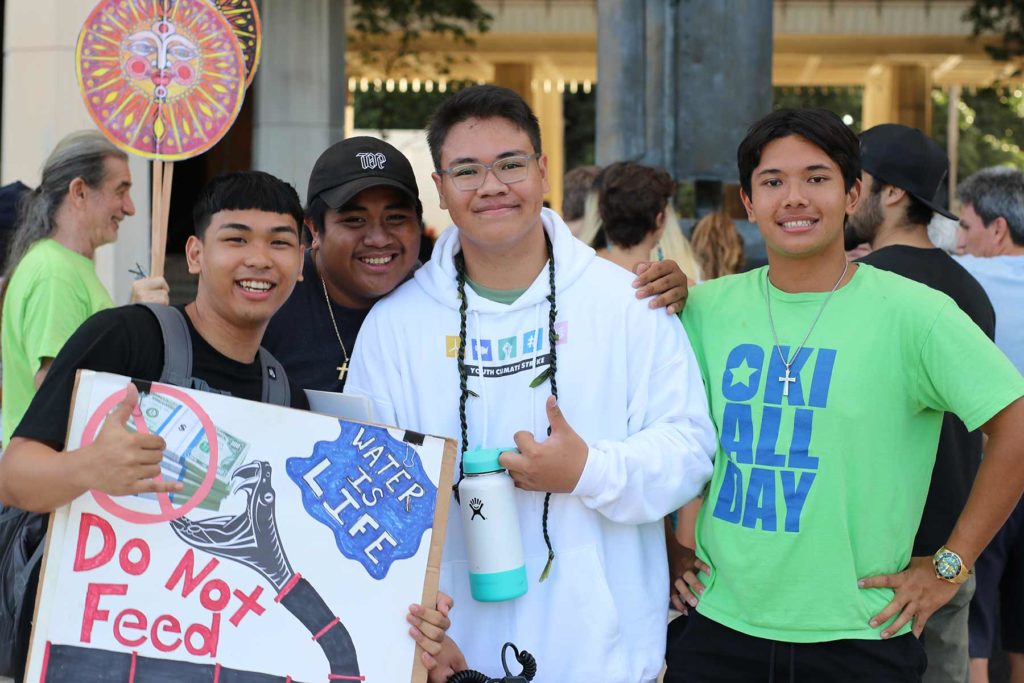 On March 15, 2019, children in a hundred different countries walked out of their classrooms to join a global call for action on climate change. A month earlier, this Waipahu High student knew he wanted to organize the Honolulu strike, and felt ready for the challenge of pulling of a major city-wide protest. Kawika was no stranger to politics. He had previously organized a movement to extend first amendment rights to student journalists. But climate change was different. It felt personal.

“Throughout my entire life, I’ve lived in island communities,” he says. “I’ve lived near the shore.” Born in the Philippines and raised mainly in Hawaii, Kawika sees climate change as an existential threat. “Climate change is very apparent to people who live near the shore,” he says. “At a fundamental level, it is a crisis and it’s happening right now and affecting millions of people right now.”

When national organizers for the U.S. Youth Climate Strike tweeted calls for local organizers, Kawika jumped at the opportunity. On short order, he reached out to the press, to community groups, and to student governments of area schools. The strike was a success by any measure, drawing national attention.

But for Kawika, this was just the beginning. “[Hawaii] has been amazing,” he says. “But the fact of the matter is that 100% renewable energy by 2045 is not fast enough.” Kawika's next goal? "Making this a movement.” He sees the need for change on a global scale. “Not a year later,” he says. “Not months from now. But now.”