To plant one million trees everyday: That is the goal of Camilo Mora, an associate professor in the Department of Geography and the Environment at University of Hawaii at Manoa. “In Hawaii,” he explains, “if we were to restore our [forest] ecosystems, we would be carbon free for 40 years. There’s no need to implement any technology. It’s as simple as planting trees.”

Camilo, who is originally from Colombia, has dedicated his career to inspiring his students to follow his lead. When he is not investigating, teaching, and publishing climate science research that is widely acclaimed, he is busy organizing tree-planting field trips. He takes his students to a few different planting sites around Oahu and teaches them how to plant trees efficiently. His most recent trip was record breaking; his team planted 1,000 trees in one day.

Camilo compares his project to a set of weighing scales that has become off balance: One side is weighed down by carbon emissions and the other is practically weightless due to a lack of trees. “We can balance the scale [of our earth’s ecosystems] by planting trees to sequester emissions,” he says. “This explains the concept of carbon neutrality.” 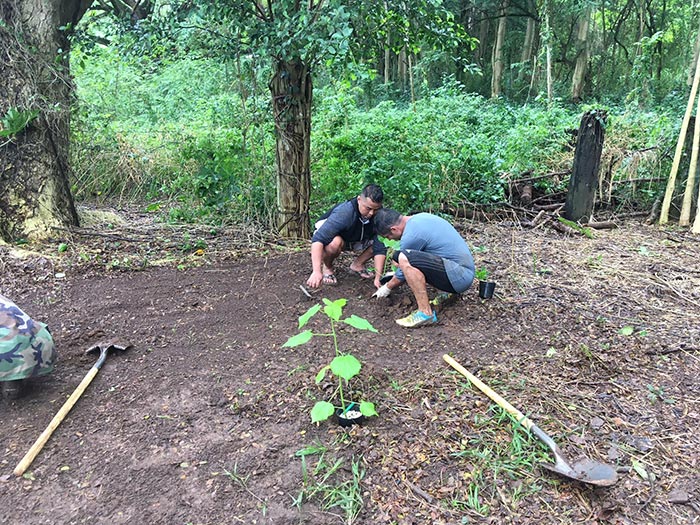 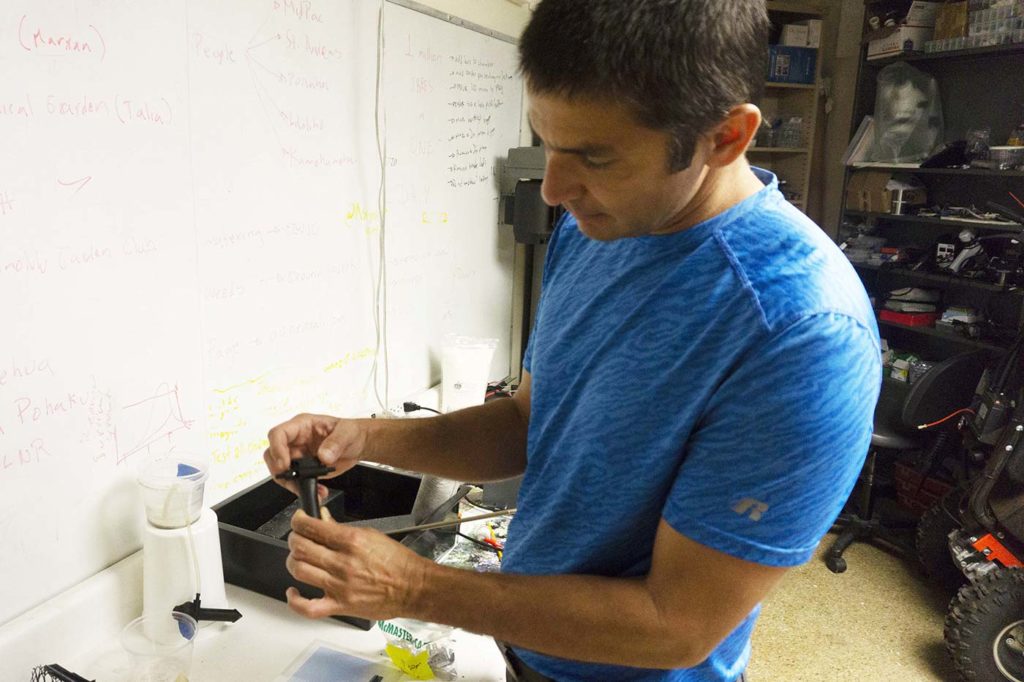 While Camilo's plan may seem like a simple concept, it’s built on years of research, planning, and experimentation. And it all started with his daughter. “We were just walking one day as I was explaining emissions to her,” he says, smiling at Asyrelle Mora, 12, who sits across from him. “The inspiration really came from her.” 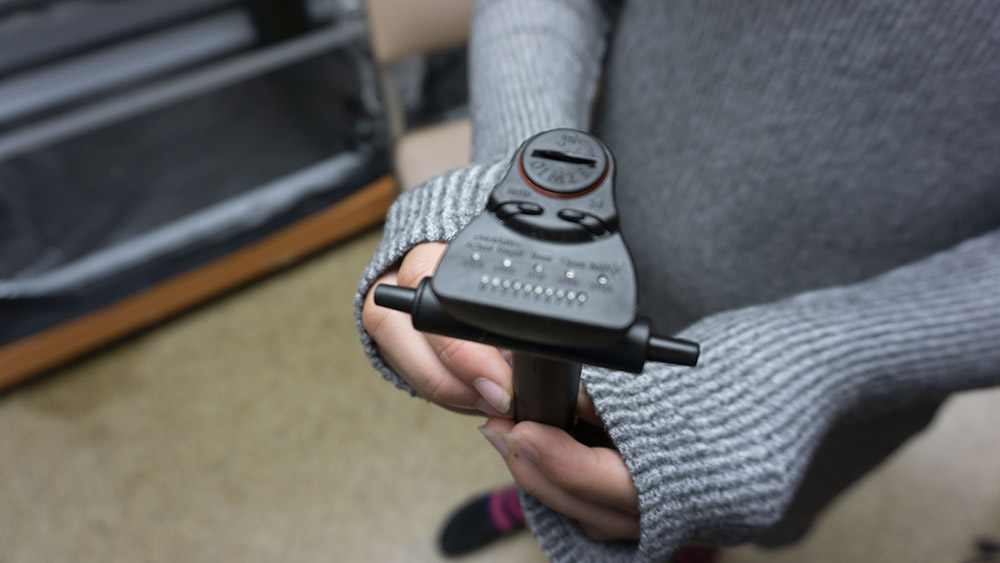 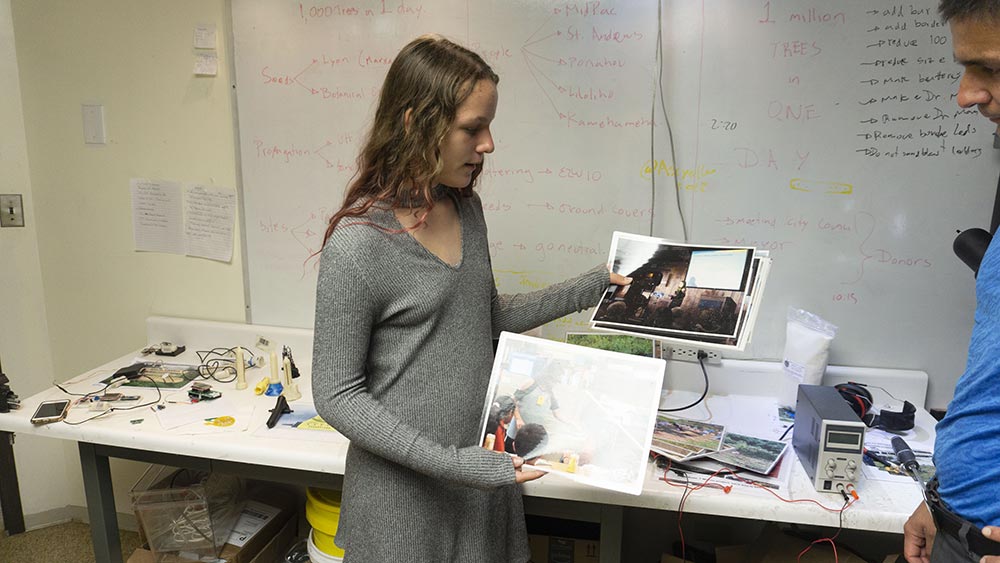 Asyrelle shares the same passions as her father, and is eager to show off an irrigation technology she helped invent to deal with a pressing problem the project faces: a high mortality rate for the trees. After three years of trial and error with prototypes, Camilo finally patented this irrigation technology that monitors the amount of water in a single tree’s soil, and waters automatically when needed. Camilo explains that they have already built a thousand such systems. Asryelle excitingly chimes in, “Which we all made, all three of us!” (The third party being her mother.) 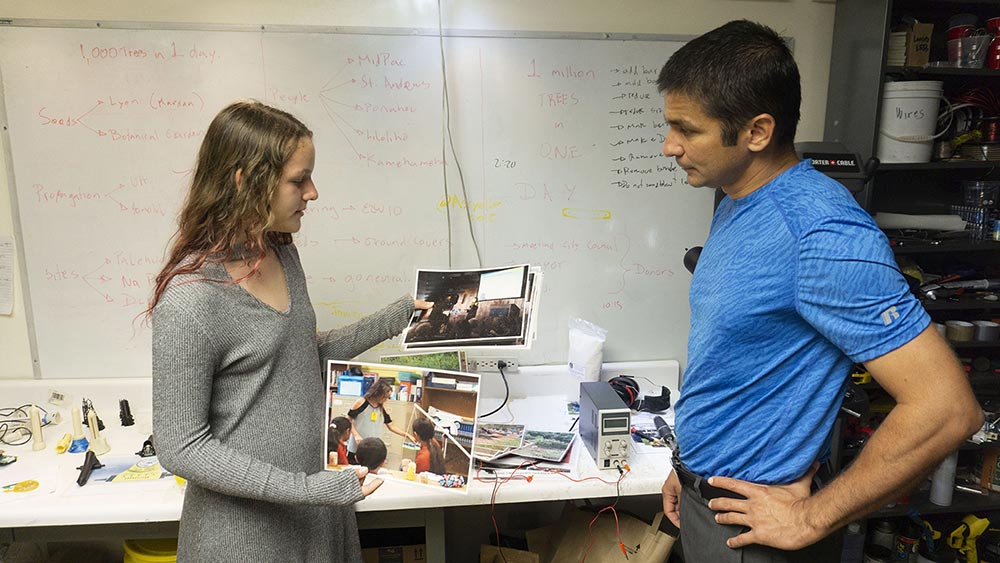 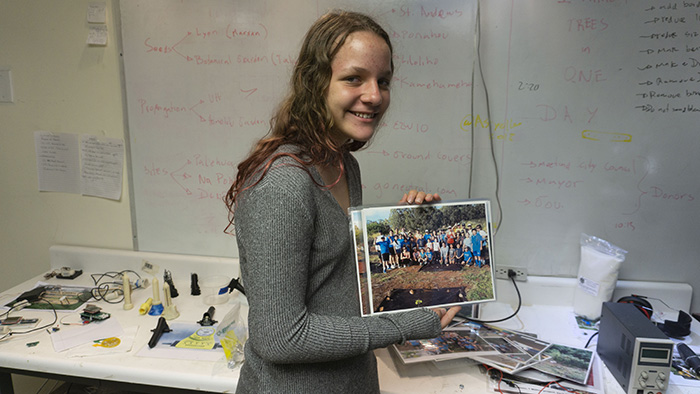 Camilo is keenly aware that planting a million trees a day is a tall ask. But he is determined to keep moving, in his own way, toward this goal, and inspiring others to follow along. “We just keep saying how bad [climate change] is,” he adds, “But we don’t do anything about it. Sometimes we get stuck on fixing climate change the hard way. But it turns out there is a much lower hanging fruit.” As per his usual style, he breaks the challenge down into something do-able. “If we could make every person in the world plant ten trees a year,” he says, “We would be carbon neutral.”