Living in an off-grid yurt with solar panels and batteries, water catchment, and a lush garden might seem like the dream sustainable lifestyle. But for Luke Evslin of Kauai, his family’s seven years of yurt life ultimately ended up being unsustainable.

“When you first build the system, you think, ‘Wow, 100% powered by the sun is a great thing,’” said Evslin, who was born and raised in Kapaa. “But we sort of pretty quickly realized that it wasn’t that great, mainly because everyday we’re shunting all of our power. And as soon as it was cloudy for two days straight, we’re having to run our generator. When we first built it, KIUC was 10% renewable. By the time we’re in there for two years, they were at like 50% renewable, so it almost was like we were less efficient being off-grid.”

Now that he’s traded the yurt for a standard house, Luke feels his family has made an upgrade. “Now we live in Lihue, and I live a mile away from here,” he said from his office at the County’s historic building. “Most days I can walk to work and my kids go to daycare, everything’s real close. We were just talking about selling my truck, being a one-car household and getting one electric car.” 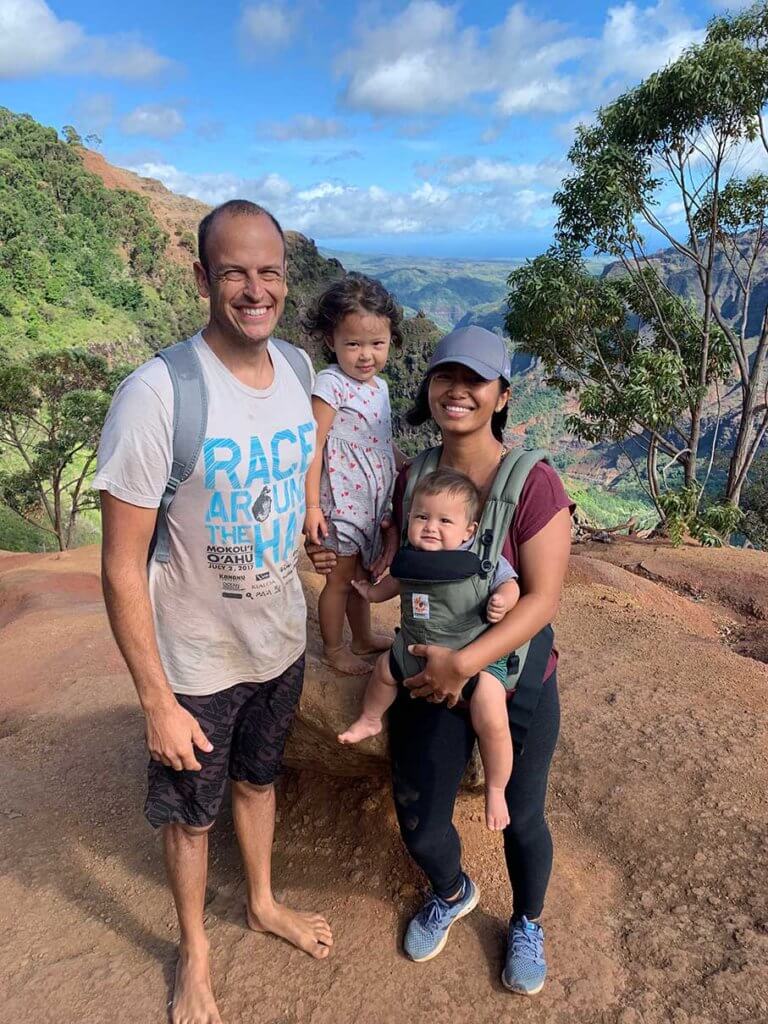 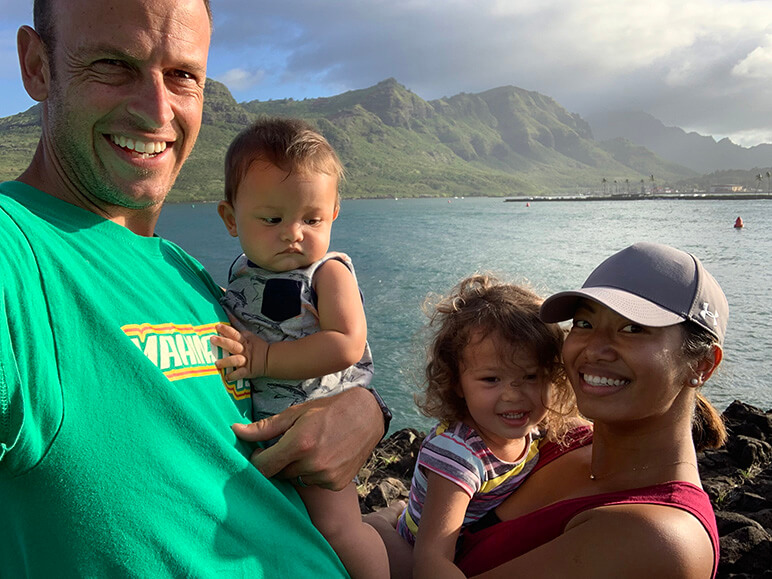 As a Kauai county councilmember, Luke hopes to use his position to help other island families who are facing the same sustainability challenges. “It’s also what drove me to run for office, realizing how hard it actually is to live close to where you work, especially on Kauai. Lihue has 60% of the jobs and a quarter of the island’s housing. So everyone commutes in and out of Lihue. How do we go back and enable people, if they choose, to live close to where they work?” 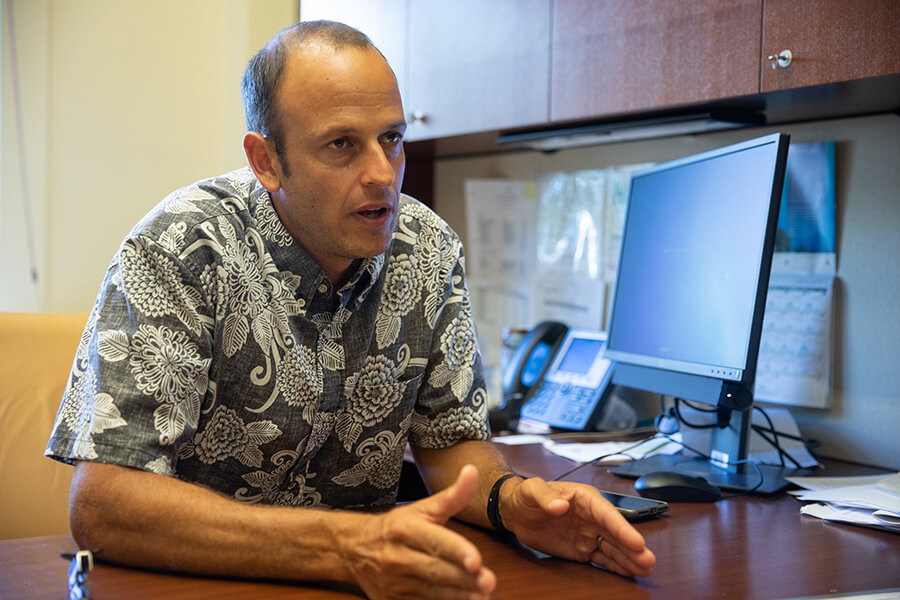 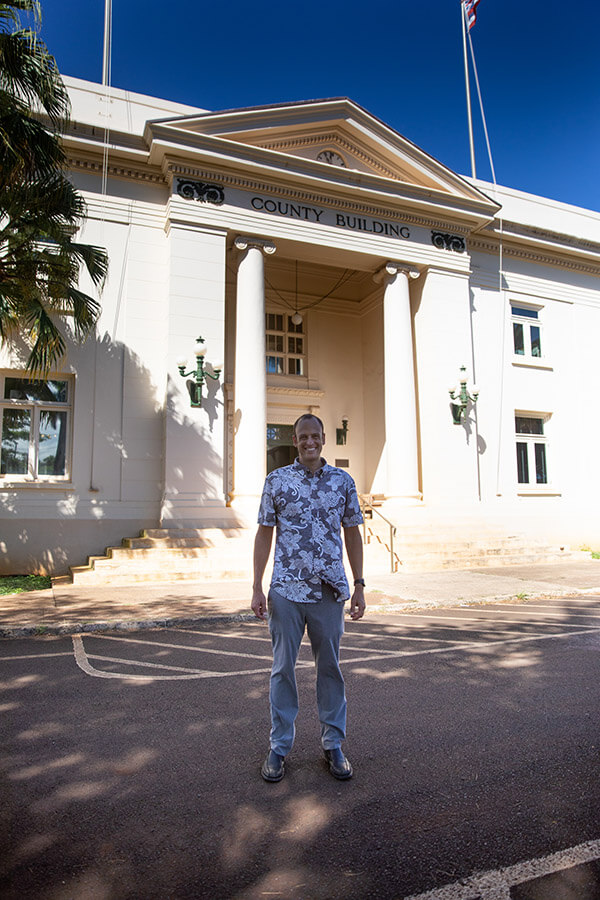 It took a near-death experience to change the trajectory of Luke’s life. He had been living on Oahu, where he co-founded a company that built outrigger canoes. But during the 2010 Molokai Hoe race, he was hit by a motorboat, an accident he recalled vividly. It severed his pelvis, sliced open his back, broke several bones, and bruised his kidney and liver.

Despite the trauma, Luke received a revelation. “Thinking I was going to die, it was like this an intense feeling of connection to everyone, and a feeling of love to the people on the motorboat, my family. It was like waves of love to everyone.” Luke said it gave him a sense of my own mortality and set him on his current path. “This brief little glimpse I had to this feeling of connection, I just gotta work on developing that. And for me it was through sustainability and trying to be sustainable, whatever that meant. Part of it was self-sufficiency, and that’s what going off-the-grid was all about. And that sort of just sent me on this journey to this office.”